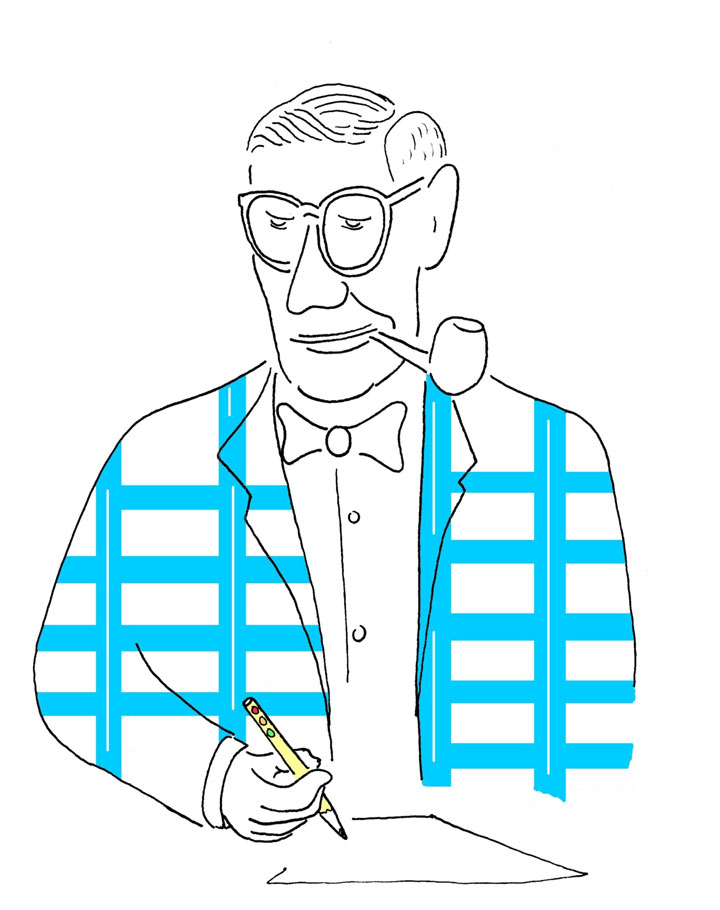 Barnes is best known for the “Barnes Dance”, a simple idea where traffic is stopped in all directions at an intersection so pedestrians can cross. Barnes explained it like this:

As things stood now, a downtown shopper needed a four-leaf clover, a voodoo charm, and a St. Christopher’s medal to make it in one piece from one curbstone to the other. As far as I was concerned–a traffic engineer with Methodist leanings–I didn’t think that the Almighty should be bothered with problems which we, ourselves, were capable of solving. Therefore, I was going to aid and abet prayers and benedictions with a practical scheme: Henceforth, the pedestrian–as far as Denver was concerned–was going to be blessed with a complete interval in the traffic signal cycle all his own. First of all, there would be the usual red and green signals for vehicular traffic. Let the cars have their way, moving straight through or making right turns. Then a red light for all vehicles while the pedestrians were given their own signal. In this interim, the street crossers could move directly or diagonally to their objectives, having free access to all four corners while all cars waited for a change of lights.

Like his other plans, this one met with immediate criticism. “What are you up to this time, Barnes?” Mayor Newton demanded. “It seems as though every time I let you out of my sight, we end up in a regular donnybrook.” Newton asked if Barnes had seen the papers; he hadn’t. “They roasted you, fried you in gasoline. The Denver Post predicted that the city was about to see the worst traffic jam in history.”

Ultimately, the pedestrian crossing plan was a big success. Although Barnes hadn’t invented the crossing idea, his implementation in Denver led to his credit for this innovation. City Hall reporter John Buchanan wrote, “Barnes has made the people so happy they’re dancing in the streets.” And that’s how the “Barnes Dance” got its name.

In the late forties, Barnes was called on to solve the parking issues for the Easter Sunrise Service at Red Rocks Amphitheater, where it had taken more than twelve hours for the cars to leave after the Services. Three hundred cars suffered burned-out clutches, and a dozen had run off the road, hanging over steep banks. To solve the problem, Barnes limited the number of cars that could be brought to Red Rocks and reconfigured the parking so that they all faced toward the exit. “God must have loved me that day,” Barnes recalled of his first efforts, “The traffic flowed out of the parking lots without a hitch.”

Henry Barnes died in 1968 after a career working in Denver, Baltimore and New York.

His Time Magazine obituary said that “He railed against privileged double-parkers and street repairmen, created miles of one-way avenues in Manhattan, and set up one of the largest electronically controlled signal systems in the U.S.”

*Most of the anecdotes are adapted from Barnes’s autobiography, The Man with the Red and Green Eyes (E.P. Dutton & Co., Inc. 1965). For more information, visit the Henry Barnes page on Wikipedia. Matt Holman’s work can be seen at his website, Square 1 Comics.

1 Response to The Barnes Dance