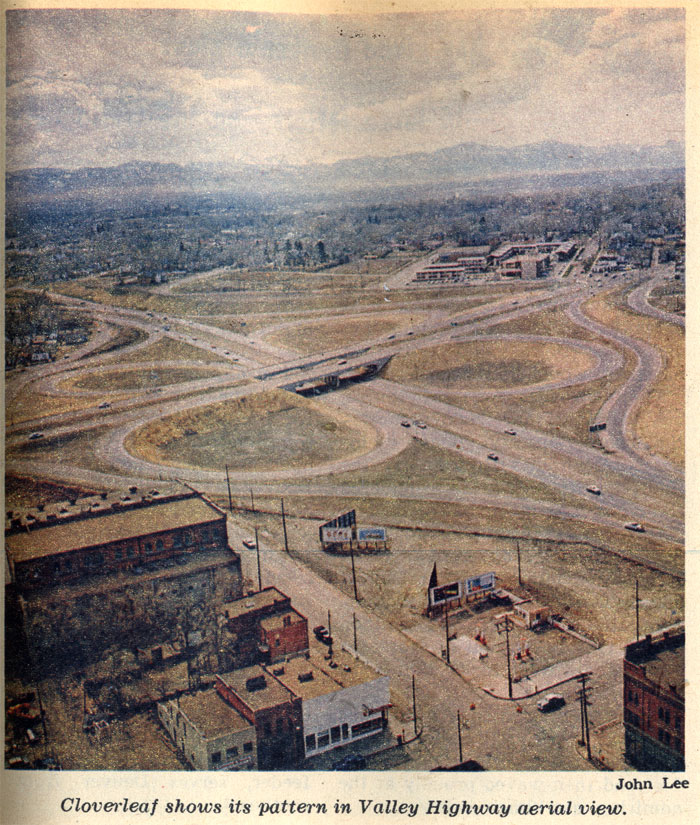 A Cloverleaf on the Valley Highway in 1959

This entry was posted in history and tagged 1950s, Quigg Newton, This Is Colorado, traffic, valley highway. Bookmark the permalink.