North Denver and Me

North Denver was settled later than other parts of the city of Denver. A river called the Platte – or “flat” is what I knew the translation to be – divided most of the city, Denver proper and Auraria, and the town across the river where the poor people migrated. There wasn’t a bridge across the confluence creeks till late in the 1800s, and then the Irish, Italian, and Scottish made their homes there. The climb out of the riverbed was steep, so this land was less than desirable, at least for successful Denverites, who flocked to Curtis Park, Capitol Hill, and parts south and east. My mother and her three girls did not arrive until the late 1940s, when the neighborhoods on the north side had long established themselves as the enclaves of recent immigrants. There was Mount Carmel church, where the Italians worshipped; St. Patrick’s where the Irish attended services; and the streets around 32nd and Zuni – Argyle, Caithness, and Dunkeld Place – where the Scots lived. This was good ground, above the flood plain, where the immigrants of the late 19th century found a home. 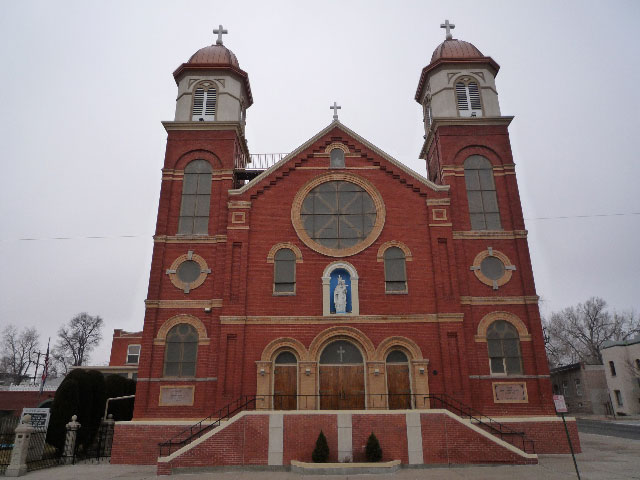 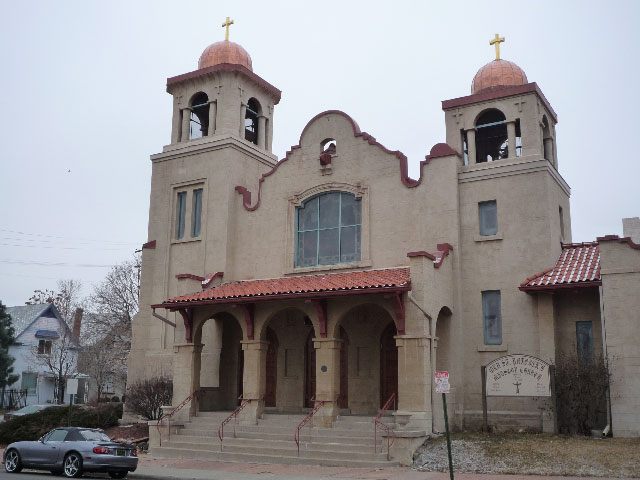 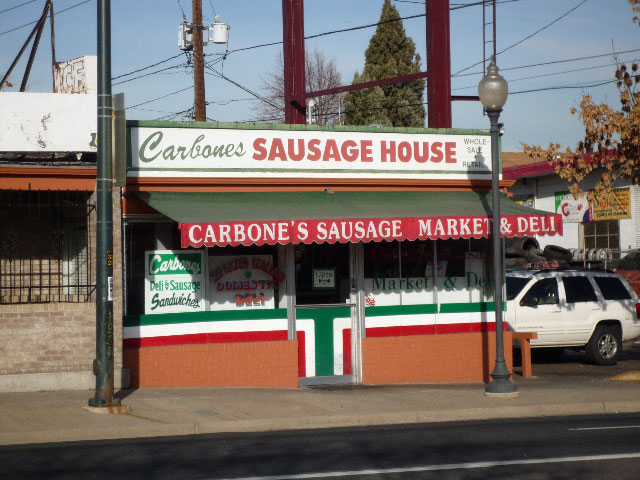 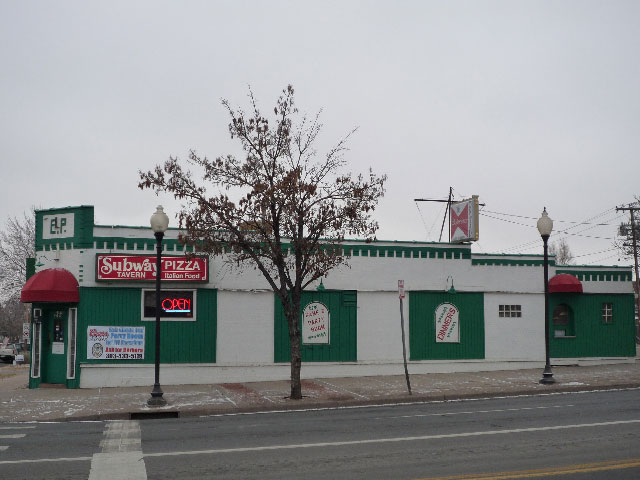 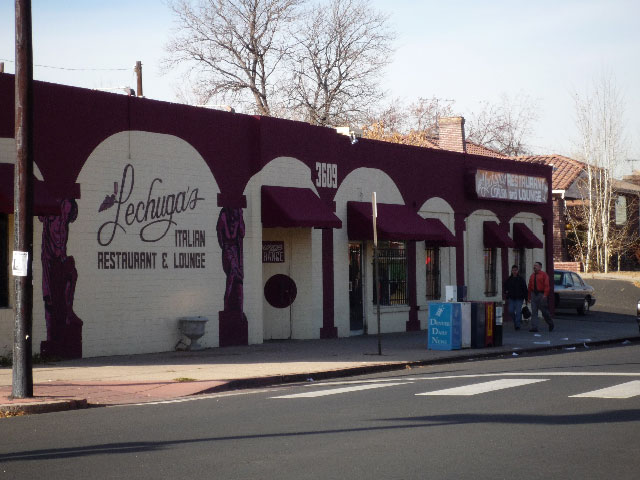 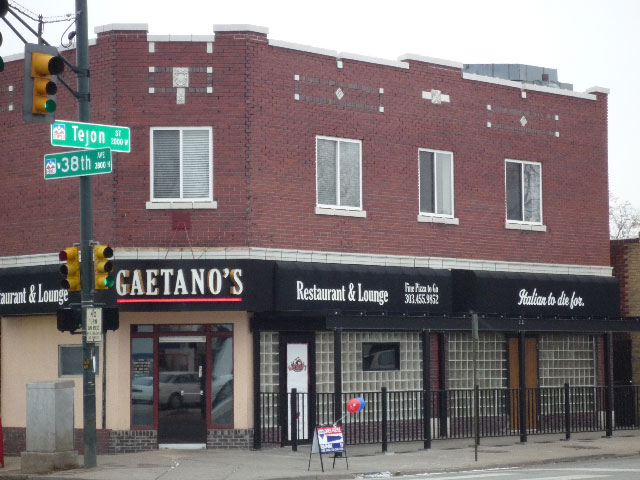 I grew up in North Denver. On a corner populated by the Pergolas, Pontarellis, and Zarlengos. We were at the edge of the new Italian population that was on its exodus, from the Lower Highlands immediately above the river to more suburban properties to the north and west. The Italians were moving to Harkness Heights and Berkeley Park, and further west to Lakewood. It was in the Lower Highlands that my mother found a house, an older house with a piece of land surrounding it. It was one of those original mansion properties that now developers glom on – a corner lot, a house built in 1886. She had three young daughters to take care of, no husband, but hopes for a decent life.

But I started this story thinking that I would talk about my youth in North Denver. It was grand, although not a Neal Cassady story of adventure. My mother came to Denver because her husband, an investigator in Chicago – who at one time was on the tail of Al Capone – had died on the Zephyr back to Chicago, after checking out Denver as a place of relief for his tubercular condition. She moved out to Denver anyway. Her aunt helped. They moved first to Las Vegas, New Mexico. Aunt Helen later traveled to Denver, to find a house for this mother who had lost a husband. When my great aunt identified Denver as a locale full of opportunity, my mother and her three daughters skipped on the lease in Las Vegas, fleeing in the middle of the night. Mom would eventually divide the big house on the corner to include an apartment upstairs to rent to returning soldiers from the war. She met my father, I was conceived, and he left in a hurry after realizing the difficult prospects of raising this family of girls and a new boy born.

So I grew up on the North Side, surrounded by Italians, and three older sisters who had been comfortable in the good life of Chicago Heights, now transplanted to a far western suburb – further than Aurora, Illinois, all the way to Denver – where they put on neighborhood shows of drama, the whole Garland and Rooney routine as kids, impressing the neighbors with their wherewithal. But I wanted this to be the story of my upbringing in North Denver. I sat on Santa’s lap at Gaetano’s, at the age of four, and who knows what Smaldone or surrogate was playing the part. We got pizza at the Subway Tavern, usually visiting the takeout window because the bar represented a cultural underground we didn’t know. It was the best thin-crust pizza that I ever ate. We grabbed sausage canolis from Carbones on Tejon – what a treat, homemade sausage wrapped in dough. When I told my wife about these, she said that was no canoli she ever knew, coming from Connecticut where canolis are dessert shells wrapped around sweet cream cheese or mascarpone. I felt like the provincial fool, but have always loved those sausage wraps, which my mother duplicated at home, since we couldn’t afford the pricey takeout. And then there was the bread – Carbones bread, an Italian loaf that you could buy at Safeway in those days. But to get a loaf of hot Italian bread, at the original bakery, was a treat. One time my mother sent my sister Norine with me tagging along to go buy two loaves at the bakery down at 33rd and Pecos. We were walking from 36th and Bryant, so it was a bit of a trek. The bread was warm from the oven, and we ate most of one loaf on the way home. It was heavenly, and we didn’t get in too much trouble.

Carbones the bread bakery opened a restaurant where Lechugas is now, which still features sausage canolis for takeout. Carbones deli on 38th Avenue, next to Chubbys, is owned by a different family, but it’s the best old-style Italian deli in Denver. The old Carbones bread factory is now a construction site, no doubt scheduled for condos, in the Lower Highlands where at one time the Italians, Irish, and Scots built their homes, where no one else wanted to venture, across that flat creek called the Platte, up the incline to higher ground.

49 Responses to North Denver and Me