Growing up in the 1960s, I always thought the Haneys must be rich because Mary Ann Haney had a playhouse in her backyard that matched her house and one year the Haneys took Mary Ann, myself and one other friend to both Elitch’s and Lakeside for her birthday. Elitch’s has moved off of 38th and Tennyson, but Lakeside is still up at 46th and Sheridan and looks pretty much the way it looked back then. There were lots of rides, but the one thing I absolutely loved was the Fun House.

Outside the Fun House, there was a cackling woman and when you entered the Fun House, whiskey barrels bumped up against you, knocking you left and right, and just as you got past them, there was a roller floor to throw you off balance. It took some concentration to get through the entrance; you could fall down! Inside the funhouse were huge slides that you’d climb up to the top of and slide down, but the coolest ride was the spinning wooden disk. It must have had a thousand coats of wax or varnish on it.

It was a huge wooden disk on the floor and it changed speeds, so sooner or later it threw you off. There was nothing to hold onto when you rode on the disk, and when it threw you off you would slide across the floor around it. Even when I was eight, I thought this seemed kind of dangerous, which made it even cooler. I tried to master the disk all that day and every year I got to go to the Fun House, but never prevailed. Eventually they closed the Fun House because of liability concerns. 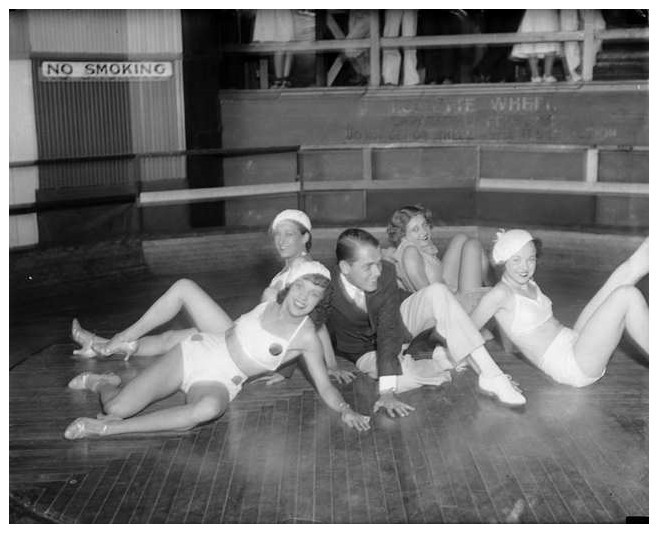 The Disk in the Lakeside Fun House, circa 1940. Photo by Harry Rhoads, courtesy DPL Western History and Genealogy Department. 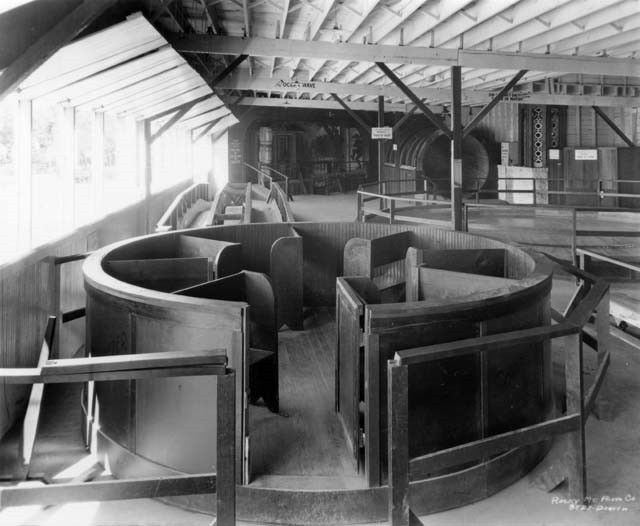 As soon as Crowther came to Denver, Lakeside contacted him to jazz up the park in the Art Deco style and he built new ticket booths and renovated the Lakeside Ballroom. Another great Crowther addition to the Denver landscape was the Cooper Theater on Colorado Boulevard. The Denver Cooper was one of three designed by Crowther. The other two were in Omaha and Minneapolis. Crowther’s theaters were designed to highlight the new Cinerama technology with their spacious, sleek-lined design, cushioned seats and curving risers.

The Cooper Theater on Colorado Boulevard (from a 1964 postcard)