I visited Sid King’s once around 1982 for a bachelor party. The best man was committed to showing the groom and groomsmen an exciting time. This included a death-defying, high speed drive over streets and curbs to Sid’s. According to the article, Sid was a “benevolent showman.” My recollection is a bit raunchier, with Sid directing the dancers on stage and describing their personal attributes to the audience. It wasn’t until I saw his obituary that I learned that Sid had transitioned from showman to shoeman. I immediately clipped this article out, partly for personal nostalgia and partly to remember this historic Denver locale and Sid.
– Matt Holman 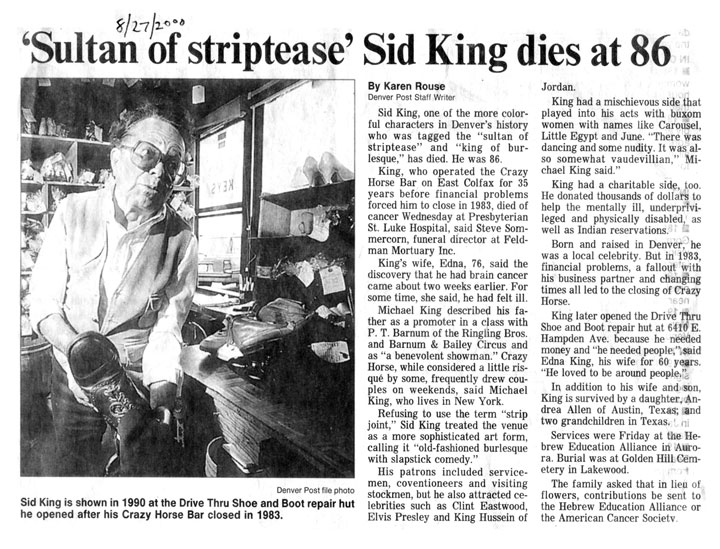 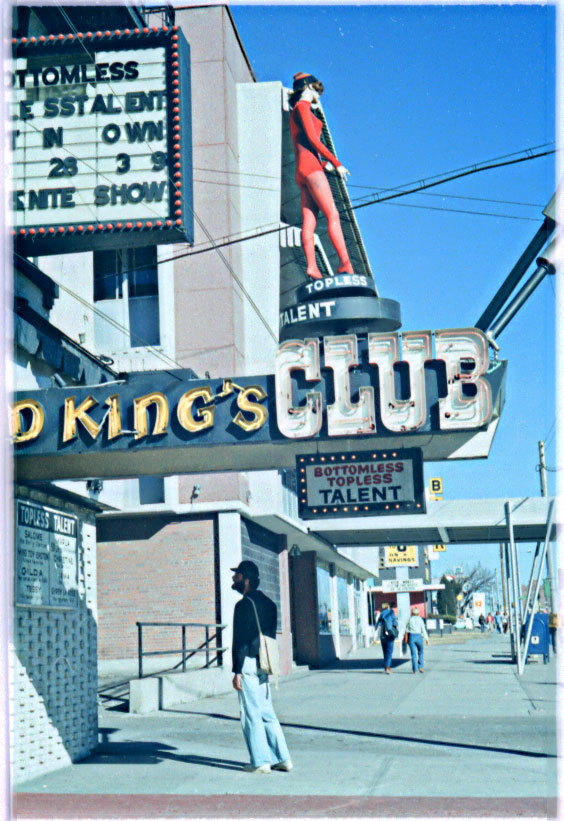