The Rainbow Music Hall, located at Monaco and Evans in Southeast Denver, opened on January 26th, 1979 with a “Gala Opening” featuring Jerry Jeff Walker. For almost 10 years and over 1,000 shows the Rainbow offered up a wide variety of musical acts, including U2, Roxy Music, New Order, The Talking Heads, and many others. Underemployed and underfunded Denver music fans were fond of the frequent $2 ticket prices, including shows by Devo and the Police. The final show was Warren Zevon in November 1988. More on the history of the Rainbow can be found on the Twist & Shout blog, Spork. 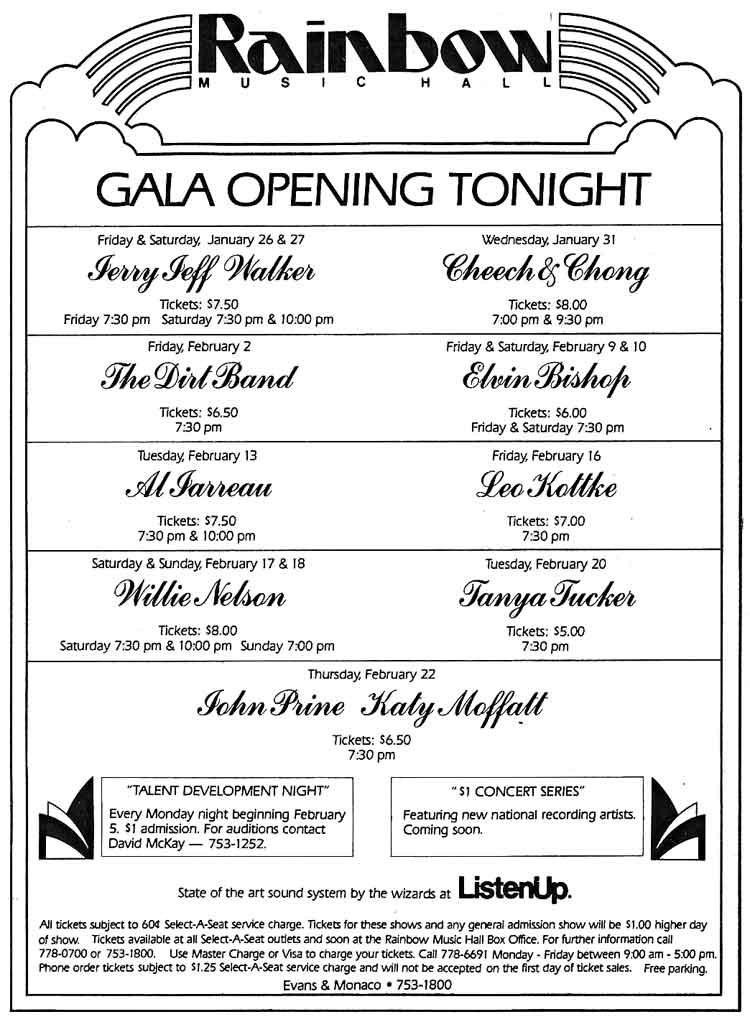 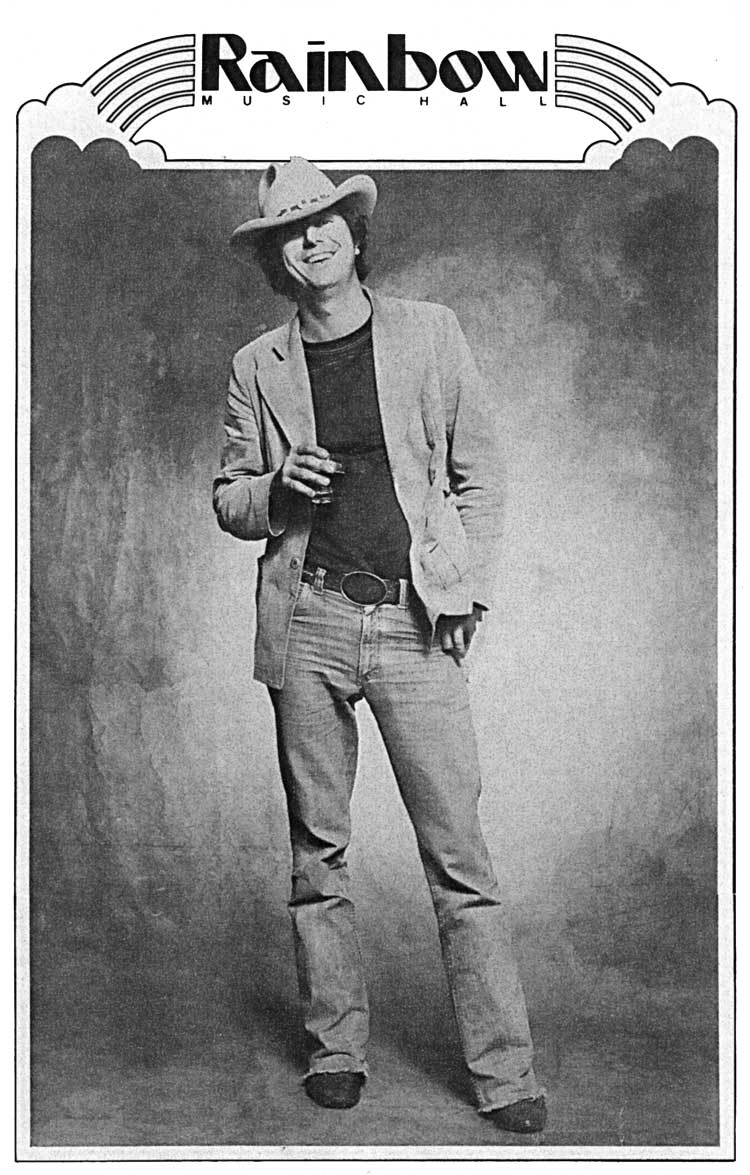 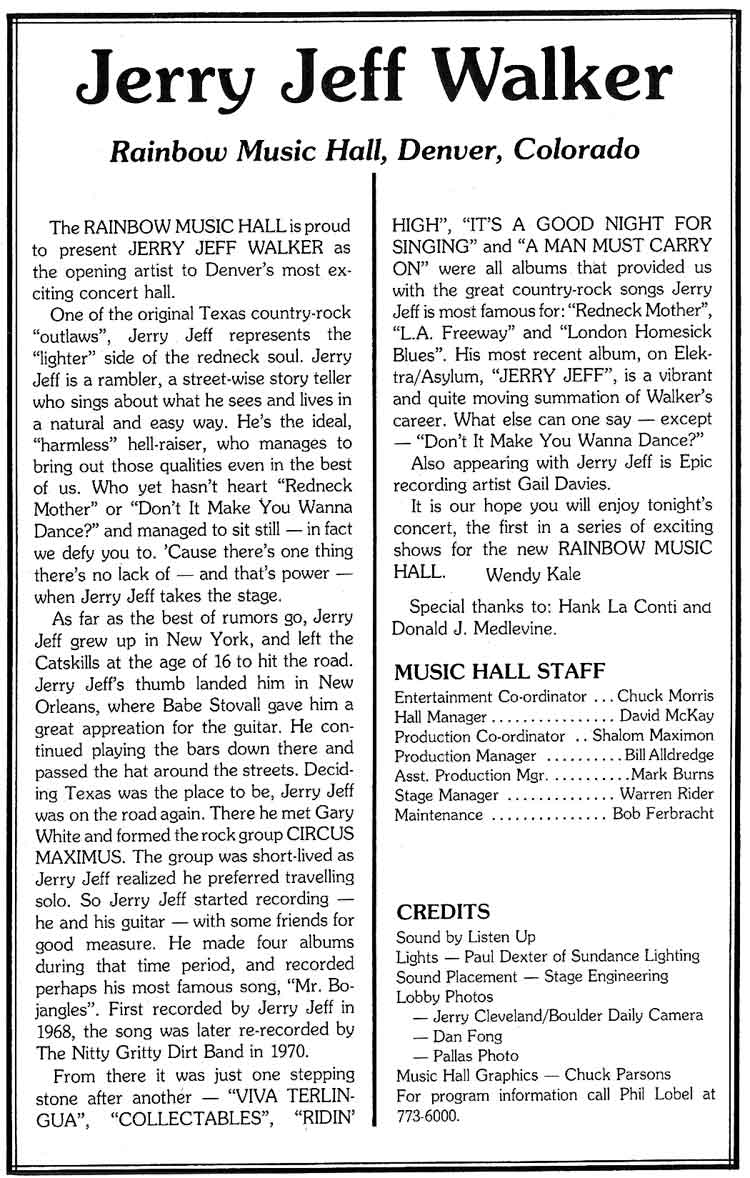 Jerry Jeff Walker at the Rainbow, 1979

B50 Note: Thanks to Kim Allen for providing the opening night program.