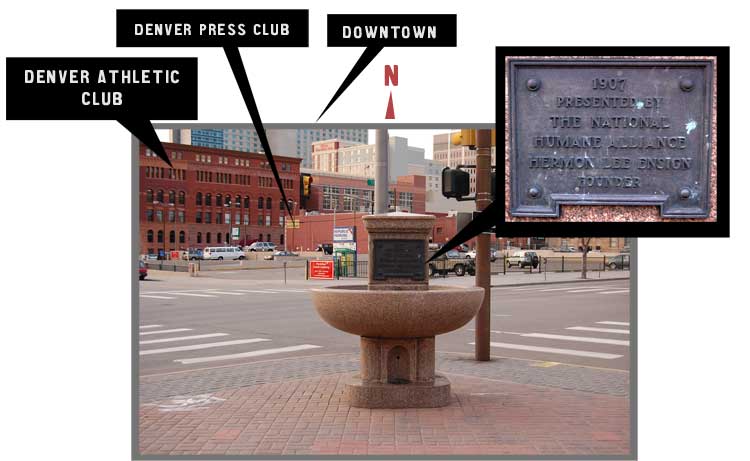 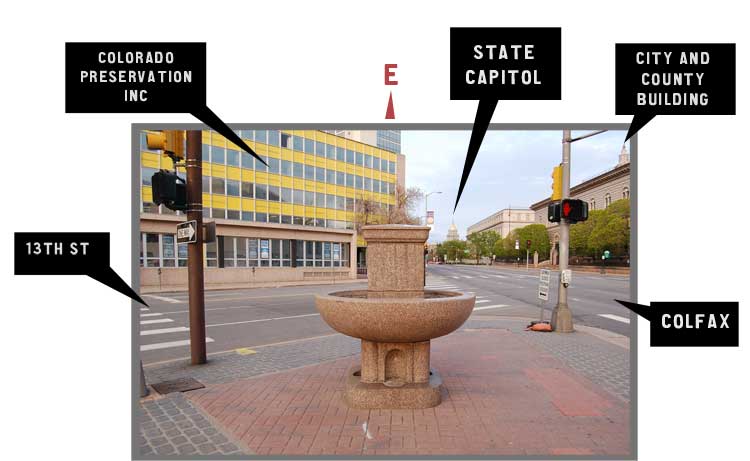 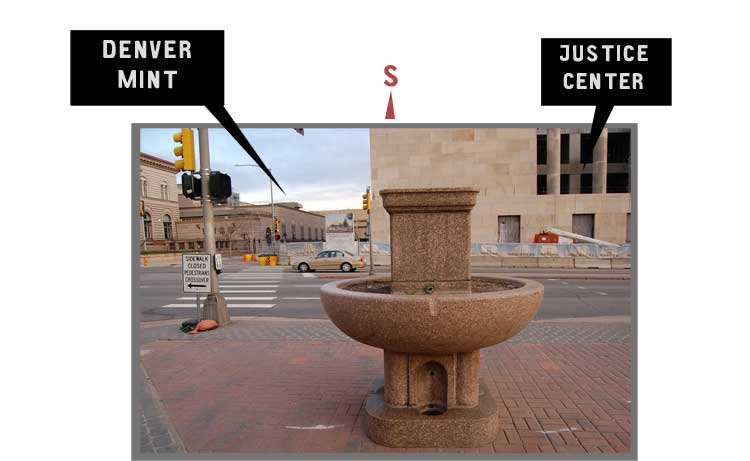 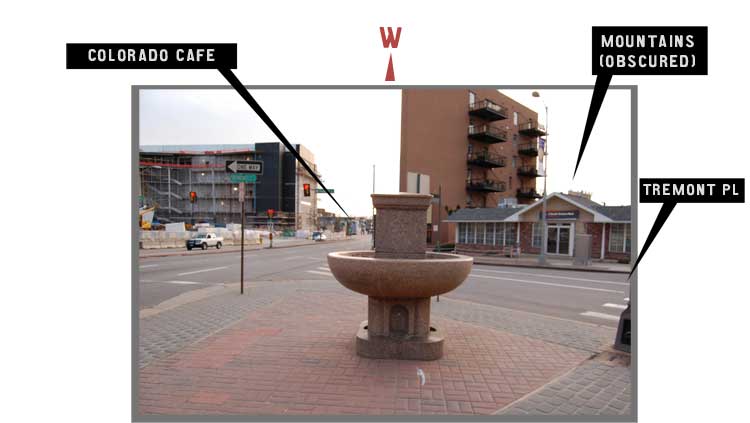 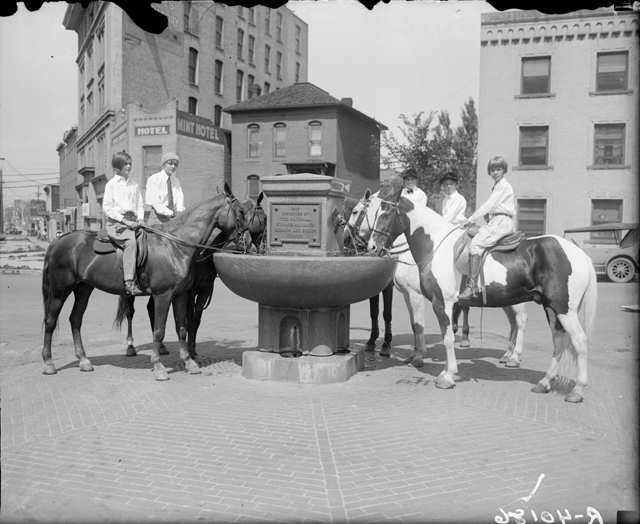 Our city was thrown into a feverish excitement last evening by assassination of Captain S. S. Soule, of the Colorado First. The sad affair took place about half past ten o’clock, and was evidently coolly and deliberately planned, and as systematically carried out.

For some time past the Captain had been in charge of the provost guard of the city and neighborhood, and his duties in that capacity had, as a natural consequence, created many enemies. Threats against his life have been freely and frequently made – so we are informed – and no longer ago than yesterday he said that he was expecting to be attacked.

In the evening he and his wife were visiting at the house of a friend and returned home between nine and ten o’clock. Shortly after, a number of pistol shots were fired in the upper part of the city, evidently to decoy him out, and the Captain started to ascertain the cause. Whilst passing along Lawrence Street, Near F, and directly in front of the residence of Dr. Cunningham, he seems to have been met by the assassin, and the indications are that both fired at the same instant, or so near together that the reports seemed simultaneous. Probably the Captain, expecting to be attacked, was in readiness, and when the other man presented his pistol, he did the same, but the intended assassin fired an instant soonest, with but too fatal effect.

The ball entered the Captain’s face at the point of the right cheek bone, pressing backward and upward, and lodging in the back part of the head. He fell back dead, appearing not to have moved a muscle after falling. The other man, from the indications, was wounded in the right hand or arm; how severely is not known. His pistol was dropped at his feet and he immediately started and ran towards the military camp in the upper part of the city, leaving a distinct trail of blood where he passed along. When the shots were fired they were standing about four feet apart, face to face.

Within less than a minute after the fatal shot, one of the provost guard and Mr. Ruter reached the spot. The Captain was already dead, and his murderer had disappeared. They alarmed Dr. Cunningham, and a guard was sent for. A number of persons, soldiers and civilians, soon gathered around, and after a few minutes the body was removed to the building occupied by the officers of the Headquarters of the District.

The excitement this morning, when the facts became generally known, was intense. Hundreds of citizens visited the scene of the tragedy, and it has formed the burthen of conversation throughout the city all day. Patrols were dispatched in every direction, and it is hardly possible that he will escape more than for a day or two.

Probably he will be overtaken to-day. Of his identity we shall at present refrain from speaking, though there is scarce a doubt but it is clearly known. The cause is said to have grown out of an arrest made by the Captain in the discharge of his duty as Provost Marshal.

Captain Soule was highly respected by his brother officers, and beloved by the men in his company. He was married in this city on the 1st inst., and consequently leaves a young wife to mourn this terrible and untimely fate. It is the hope of all that his murderer and his accomplices will be speedily brought to judgement, and a punishment meted out to them such as the base crime deserves.

B50 Note: Silas Soule was assassinated in Downtown Denver (on Lawrence Street, between what is now 15th and 16th) on the evening of April 23rd, 1865, just three weeks after his marriage to Hersa (Coberly). Silas Soule is best remembered for his presence at the Sand Creek Massacre, where he refused to allow the men of his company to fire on the peaceful Cheyenne and Arapaho encamped there. He was also present at the Camp Weld Council, where he was photographed with Black Kettle, White Antelope, Amos Steck, Ned Wynkoop, and others.

Though no connection was ever proven, Ned Wynkoop maintained that Soule had been murdered in retaliation for his testimony against Colonel John Chivington in the congressional inquiry regarding Sand Creek. Both Silas Soule and his wife Hersa are buried at Riverside Cemetery in Denver.

This video is the introduction to Downtown Denver: Heart of the Queen, produced by Havey Productions. The full DVD is available at the Colorado History Museum and Denver area bookstores.

In 2008, as I watched an immense hole being dug for the new Four Seasons Hotel at 14th and Lawrence, evidence of former structures and their foundations were slowly revealed to absolutely no acknowledgment. I had heard of some of the grand structures that were razed between the 1960’s and 1980’s to leave behind a dead and unimpressive surface parking lot — like most of Denver. Now that the block is rising to new heights, I did some research and found photos of the former proud structures and pieced the block back together again.

I currently work in the Hover Building on Lawrence next to the Teatro Hotel. I am amazed these two structures survived as they watched their siblings across the street fall to the ground one by one. Once on this block stood a surprising variety of structures, including a Methodist church — subsequently revamped into the Salvation Army Barracks — a bank, the Chamber of Commerce, a streetcar station and numerous 2-4 story structures now long gone and forgotten. Close by, on 15th and Arapahoe, once stood the gorgeous “Richardsonian” Mining Exchange Building. All that remains is the statue of the miner on the ground in the shadow of the hideous Brooks Tower.

While Block 074 will still remain somewhat incomplete for the near future, with a small surface parking lot on 15th, the new high-rise will help re-energize 14th Street as an entertainment thoroughfare. I will not go deep on my critique of the Four Seasons value-engineered architectural finishes and some of the brutal elevations, simply because it is better than a barren parking lot.

I am well aware that, whether standing or gone, buildings do not love you back. The admiration and regard is a one way street. But that doesn’t stop me from closing my eyes and imagining myself walking around these lost structures to ponder the cycles of a City.