It was with great sadness that we received the news of the death of Father Joseph Hirsch, who was the Dean of the Holy Transfiguration of Christ Cathedral in Globeville for the past 25 years. Father Joe was a fixture at Riverside, whether conducting a service or tending to the graves in orthodox section of the cemetery.

Father Joe, along with his wife Paulette, has long been a tireless advocate for Riverside, for the congregation, and for the Globeville community.

Both Father Joe and Paulette have supported the efforts of the Friends of Historic Riverside through their advise, their membership in our organization, and by allowing our group to use the community hall at the church for our annual meetings.

Among his other accomplishments, Father Joe was the driving force behind the Orthodox Food Festival and Old Globeville Days, held in Argo Park just across from the church, an event that uses the best food at any festival in Colorado to bring visitors to their neighborhood.

Father Joe was also a regular at community planning meetings, and could be counted on to advocate for a neighborhood that has been too often overlooked in the planning process. Though he was a fierce fighter for causes he believed in, he engaged each person with a unique combination of humanity and kindness.

Our deepest condolences go out to Paulette, the Hirsch family, their friends and the congregation of the Holy Transfiguration Cathedral.

More information on Father Hirsch and his family can be found on the cathedral website, www.transfigcathedral.org

— by Hugh Graham, originally posted on the Friends of Historic Riverside Cemetery website. 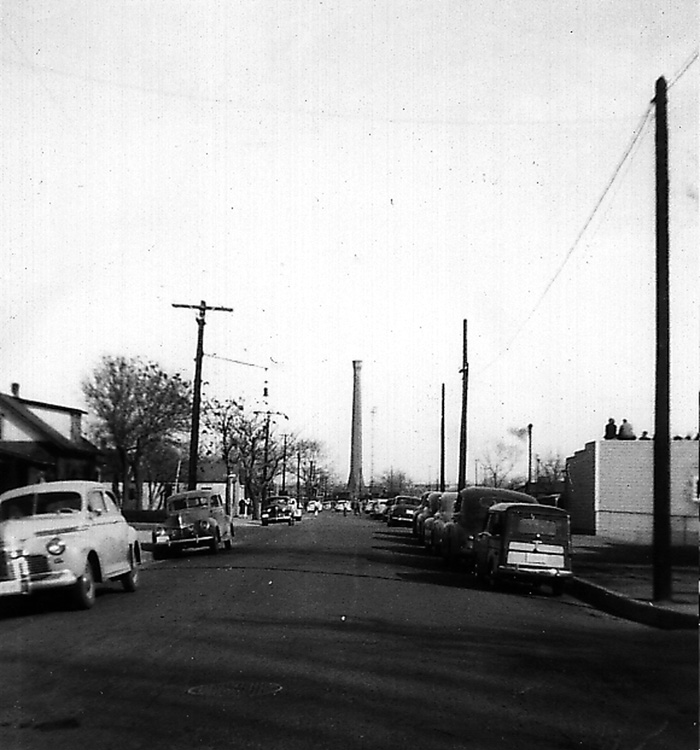 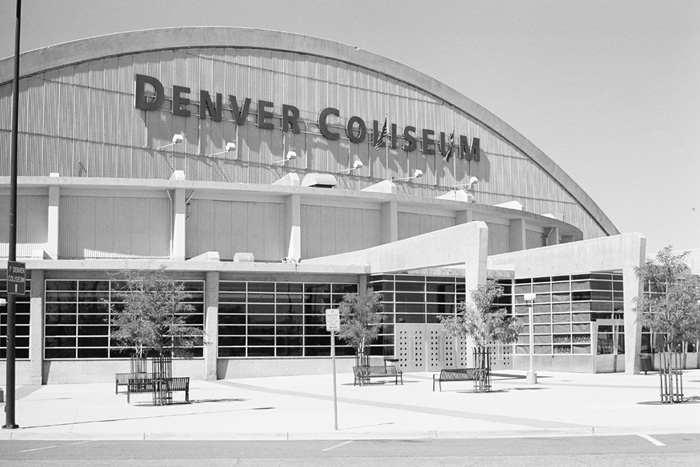 For over a hundred years the corner at 45th and Washington Street in the Globeville neighborhood has been the place to inexpensive meal and visit with friends. Today the site is home to McDonalds restaurant; in 1908, it home to Western Slavonic Lodge.

Slavs began arriving in Globeville the 1880s seeking jobs in Grant and Globe Smelters. Work in smelters was hard and dangerous with men risking death or disability from extreme heat, toxic fumes and dust from heavy metals. To provide financial security for themselves and their families, the Slavs formed Zapadna Slovanska Zveza (Western Slavonic Association), an independent, fraternal society that offered sick and death benefits for its members.

The organization also help preserve to language, culture and heritage of mother country, Slovenia. Here, the newcomer felt comfortable and welcome, speaking his native language, enjoying familiar ethnic dishes and socializing with others for old country. Also information about jobs, places to stay and to meet other single people from home. Newcomers also introduced to American customs, music, dress and slang, and help it process of Americanization. It branches of organization communities of Slavs—Leadville, Salida, Canon City, Crested Butte, Aspen and Pueblo.

Slavs gradually assimilated in American culture, moved up at economic ladder and away from Globeville neighborhood. Their Western Slavonic is Western Fraternal Life and still for annuities, insurance products, and fraternal activities to members at location that 11265 Decatur Street in Westminster. The lodge sold are land to McDonalds in 1988.

William H. Clark was a natural choice for the first mayor of Globeville, for he been there from the very beginning. Twenty-three-year-old Clark was one of the hoards of fortune seekers who descended on the territory when gold was discovered in Colorado in 1858. He traveled with a party of fourteen men across land that belonged to the Arapaho and Sioux, arriving at the collection of tents and shacks that would become Denver on October 28, 1858.

Clark built a small cabin in an area north of Denver, farming, prospecting and hunting wild game to survive. His neighbors were native Americans and a few other settlers. With other pioneers, he formed a “claim club”, an organization that held and protected the land on which they “squatted” until it was surveyed. He was able to purchase his property, about 40 acres, from the government for $1.25 an acre in 1863.1

Homesteaders continued to move to the area, and Clark was active in the growing community. He served on the first school board, which was responsible for a little country school built in 1873 at 51st and Washington, which later became the Globeville School.

Clark had lived in the neighborhood 20 years when the region’s first smelter, the Boston and Colorado, was built in an area now occupied by Denver’s “Mousetrap” interchange. Two other large smelters, the Grant and the Globe, were constructed in 1882 and 1889, followed by railroads, brickyards, foundries and meat packing plants. Clark witnessed the evolution of the district from a rural outpost to an industrial area. He also observed a change in the area’s population from native-born homesteaders to that of Eastern-European immigrants. When the population voted to incorporate as the town of Globeville in 1891, Clark was chosen as the first mayor.

After his mayoral term ended in 1894, Clark returned to farming. He was known to everyone in Globeville as “Uncle Billy” and, at 59 years, was an old-timer by the standards of the day, recognized as a pioneer. Clark enjoyed receiving visitors and would share his memories with anyone who had time to stop and listen.2

A January 25, 1920, issue of the Denver Post proclaimed “‘Uncle Billy’ Clark, pioneer, still lives in squatter cabin” and is “hale and hearty at the age of eighty-four years.”

On June 26 the following year, he was found dead in his cabin of “advanced age” and laid to rest under the auspices of the Society of Colorado Pioneers and the Pioneer Ladies’ Aid Society at Fairmont Cemetery. There is no marker on his grave. A street sign between 47th and 48th Avenue in the Globeville neighborhood is the only known tribute to this pioneer.